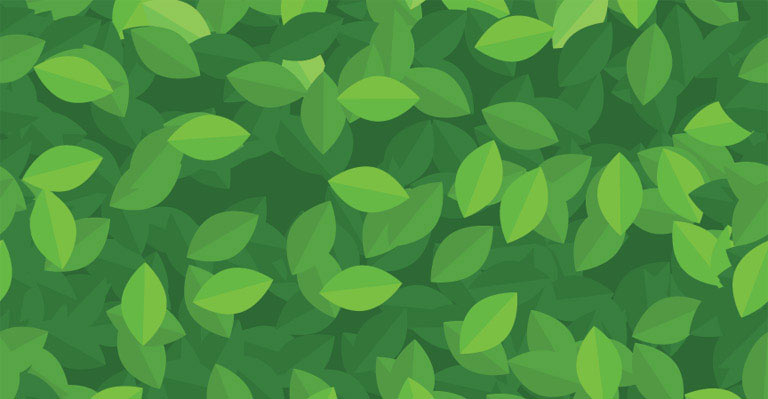 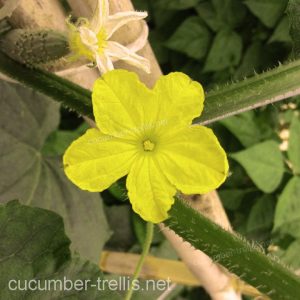 In this scorching summer heat, what better satiating can it be than adding some crunchy cucumbers to your salads, gazpacho, or even salsas! Their high moisture level makes them an apt low calorie refreshing menu item on your lunch table, especially when they are freshly plucked from your own kitchen garden. However, one flipside of growing cucumbers in your kitchen garden is the amount of space they take up if you allow them to sprawl. You can address your space concerns and give them a robust support at the same time with the help of cucumber netting.

Quite similar to tomatoes which yield the best fruit especially when the air temperatures soar above 75 degrees Fahrenheit, cucumbers too grow best during summers. This is a very typical trait of them considering their native Indian habitat from where they originated. In fact, your cucumber seeds won’t germinate at all if the soil temperature drops below 50 degrees Fahrenheit! They are simply unable to brave even a mild frost kind of weather. So, to get a head start on the season, you must start growing the seedlings indoors at least three weeks prior to the last predicted frost date based on the area where you reside. You should consider planting them on a raised garden bed which will help the seeds to warm quicker as compared to a bed at a ground level.

A Quick Glance at their Growing Habits 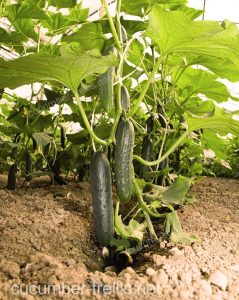 The cucumber net avoid that the cucumber plant expand and occupy too space.

Cucumbers typically grow on vines. They have large leaves which act a natural shade for their fruit from the scorching heat of the sun. If you grow your cucumbers in a mound, the plant will quickly spread across the garden bed and end up occupying a lot of valuable space. The simplest way in which you can curb their sprawling is to grow them up a fence or with the help of cucumber netting.

While raised beds certainly help your cucumbers to be planted earlier, they won’t be able to climb unless you provide them proper plant support by adding sturdy cucumber netting for your raised bed garden.

Since the fruit of cucumber contains a lot of water, it is much heavier that climbing beans or peas. A proper plant support is warranted for cucumbers as compared to lighter support which may be sufficient for light weight climbing plants. So cucumber netting acts as an apt support for the heavy fruits.

Not every plant climbs in the same manner. While some plants twine around their supports such as a pole or a stick (such as beans do), there are others which grow modified roots along the vine. These roots wedge on to the bark or grout lines on buildings and support themselves in this manner. Cucumbers on the other hand, have tiny tendrils which emerge from the sides of the vine. These tendrils then wrap around any kind of support that they manage to find, resulting in pulling up the cucumber as the plant continues to grow. Since cucumbers use its tendrils, they are unable to grow up on thick supports or trees. Cucumber netting or even chicken wire offers the plant a strong and slender support for its tendrils to wind around them. 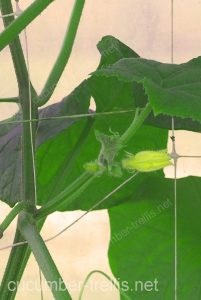 The cucumber trelli net provide help for that the trendrils wrap in the net.

Trellising with Cucumber Netting – a Couple of Facts

Cucumber trellis netting helps to improve the plant density, as the vine of a cucumber plant grows vertically and needs little or no manual tutoring. With this reduced intervention of labor of tying the plant to a pole or a post, it improves the phytosanitary conditions, since the plant is not subjected to mechanical stress at the time of tying. Cucumber netting also helps in reducing the mechanical transmission of pathogens which are usually carried via the planter’s hands from sick plants to healthy ones. 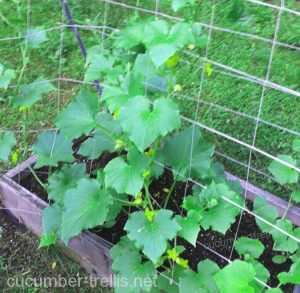 The cucumber trellis net provide the best support to your cucumber crops helping to get the best quality in the harvest.

The best part of using cucumber netting is that you can reuse the same netting for your other climber veggies once the season of cucumbers is over. It makes crop rotation easier, as all that you need to do is to simply leave the cucumber netting and stakes in the ground and you can replant.

Every time you prune, handle, or tie a plant to a support system, it causes the plant a few days of stress. During this period of re-adjustment, the plant supplies its nutrients to the foliage, to help it reposition itself effectively. When you prune and manually guide the plant, you automatically increase the risk of contagion, as plant viruses can be transmitted without your knowledge via your hands.

A cucumber trellis is not just functional in nature, but it can also help in enhancing the look of your kitchen garden. If you have a large section of a blank wall adjacent to your kitchen garden area, you can easily transform it into an attractive focal point by adding decorative trellis.

Now that you are quite well informed of not only the nature of the cucumber plant, but also its growth pattern, why not get into action and produce some juicy yield every summer with the humble yet handy cucumber netting! 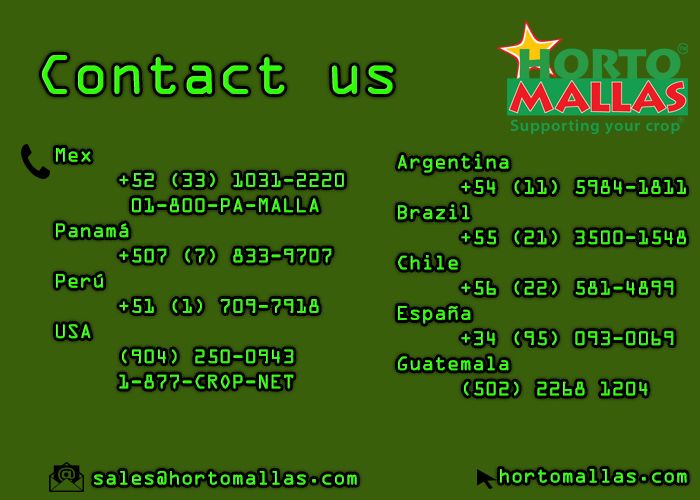